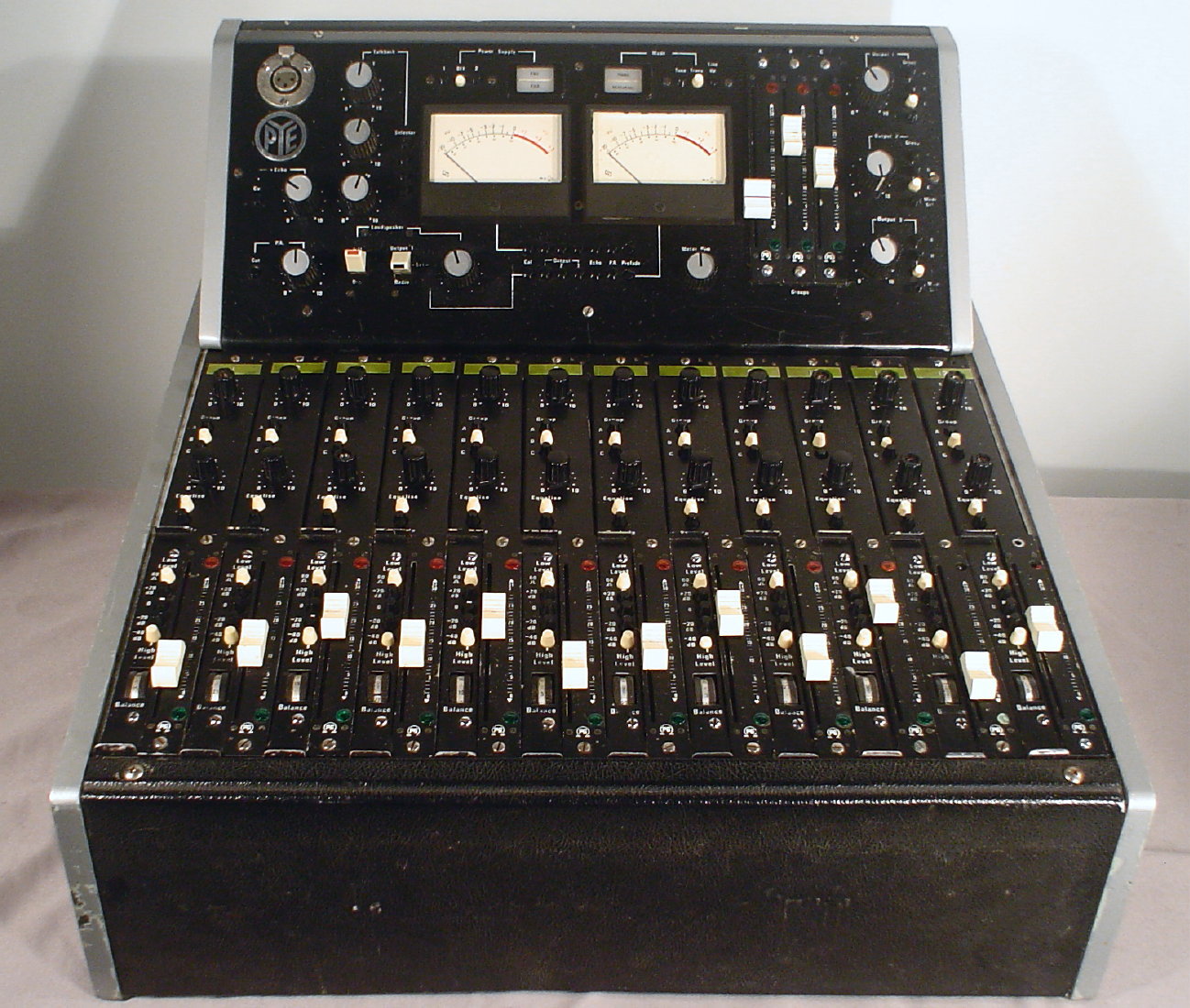 moosers
Publié le 03/21/11 à 15:59
PYE's 12 Channel Mixer is a vintage mini sidecar console. I don't know too much background information on this mixer, nor if there's an exact model #, but if there is there's no obvious marking on the console itself. The studio that I work at just got this on a loan to work side by side with our Neve 8068 console. The console has a total of 12 mic and line inputs as well as 6 outputs. Legend has it that ours was used by a very famous guitarist from a British rock band to make demos for the band. We're using the console in a way that it's we're just using the microphone preamps and not any of the other features. It has XLR connections in the back for plugging everything in, which we've now got hooked up to our patch bay, and has a special power supply for it.

Using the PYE 12 Channel Mixer for it's basic sound isn't difficult at all. Since we just have it in use for it's preamps, I haven't really had a need to check out the other more console like features, but it's not really necessary for how we're using it. For me it's easy enough to dial in a tone with this as it's easy as anything else, but again I haven't used this for it's features beyond the preamps. There's no way you'd be able to find a manual for this if you wanted one.

The sound of the PYE 12 Channel Mixer is nothing short of outstanding! The preamps are super full sounding and definitely have the vintage British vibe. They're warming sounding than something like a Helios would be, but it's definitely in the same vein as other classic British gear. I've used this console for recording drums as well as for doing overdubs and I find it sounds good on just about anything. It's especially awesome to use it as a side car for drums...

While not many will have the experience of using the PYE 12 Channel Mixer, there are a few of them floating around out there. I wouldn't think that too many of them would have made it over to the US, but I know at least this one did. I also don't know what kind of price this would command, but being that it's rare I could see it going for a good amount of money in good shape. Either way, it would be an awesome to a larger professional studio or even as your only console in your project studio.
00