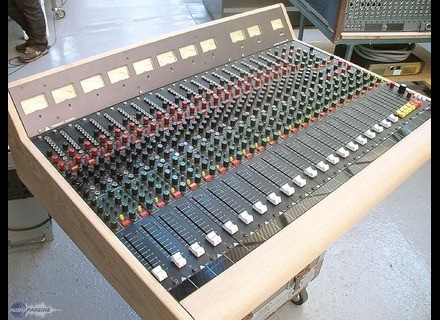 we'll make it short, ok I sell it but only because jai is a trident B range even more rare, if not frankly it's a great little console.
the preamp cashing serious and bcp gain and eq are very musical.
it has a sound unlike bcp modern consoles are just transparent in the best case. It is an analog console compact and quality, easily maintainable.

It is sale with its power supply in the south of France.

4 years
jen've heard a lot in PA, but my first console cétait analog (avt jai 01v/02r bump) in my studio.
an informed choice for musician
Ive tried for cowardice in avt funky junk: Amek BC3 and tl audio m16.
perfection doesn't exist but they are approached with a trimix
See the source
Did you find this review helpful?yesno
Cookies help us improve performance, enhance user experience and deliver our services. By using our services, you agree to our use of cookies. Find out more.