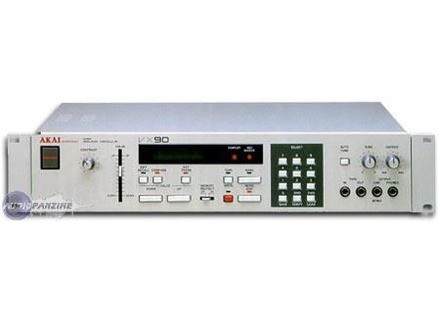 View other reviews for this product:
This is the version of the AX 2U 73:
<p class="bbcode-cite"> Quote: <span>
The AX73 Was a simple analogue synthesizer based around the Curtis CEM 3394 chips That Were Used in Sequential Circuits SEVERAL synthesisers at the time. Thesis Offered a single chip voltage controlled oscillator (VCO), a voltage controlled, resonant 24dB/octave lowpass filter (VCF) and a Voltage Controlled Amplifier (VCA) and six of These Were employed to create the six-voice AX73. Because all the true voltage circuitry Used controlled circuitry, this has warmer sound That Gave the digital synths (or the digitally controlled analog synths) of the time.

The AX73 aussi HAD Some unique features Such as totally variable "pulse width" on all waveforms (sawtooth, square and triangle) not just the square wave. It aussi Allowed cross-modulation of the filter by the audio oscillator for a Variety of ring-modulator sounds dangerous. It featured aussi Various dual, and split play modes unison and a single (order Slightly noisy) analog chorus unit to fatten up the sound Even Further.

A 73-note velocity sensitive keyboard Chosen in preference to WAS the 5-octave keyboards unresponsive Used by analogue synths MOST of the time making the AX73 a very competent master keyboard.</span>

It's a good machine with extremely simple ue easy shipping. We hack and there are sounds aisment. The possibility to pair it with one or S9xx intrt S612 increases the machine: you can play the samples through the filters analos.

This sounds trs "Akai" even if the sound is a little more dirty than hab '
100 factory sounds and not otherwise on k7 edition is using ...

The rating is about 300, del is theft. For the price and reliability I would do the same choice.
I think it's an alternative rack of Juno.
See the source
Did you find this review helpful?yesno