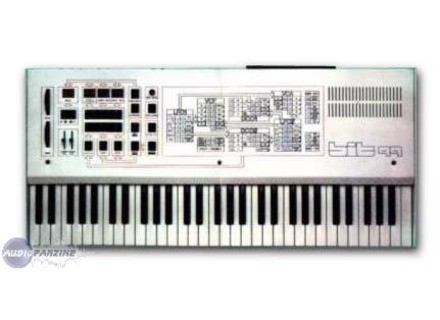 View other reviews for this product:
Ras see the card, mine is black

J'avous that at first he pushed me a little (because no knob) and at the same time I was attracted by the opportunities it offered. So I thought, well it should release something fuck this keyboard .. so I put on the machine and in fact it is too simple, I think that in say 4 hours I understood the hierarchy of the synth that was becoming a beast more than I came dedant.
In doing you can even change the settings to play live.

The factory presets are not false but fammeux tweaking to get the big sound, which is fast enough to have.
I am a drum break beat and so I like to push the maximum resources of the machine and I must say that it has satisfied me, I even came out last night a big sub for the neighbors ...

I have only been 6 months and 2 weeks that I got that look, if I had known, as a result I have to sell more machines that do not give me what I want, so if you have the possibility of finding the argus you will not be over ...
See the source
Did you find this review helpful?yesno
Cookies help us improve performance, enhance user experience and deliver our services. By using our services, you agree to our use of cookies. Find out more.