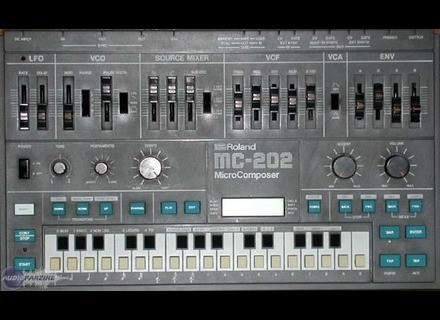 MC-202, Analog Synth from Roland in the MC series.

Version 1 of the software (originally released in 1997) allowed users to convert MIDI files into WAV audio files that could be loaded into the cassette input port of the MC-202 to program either or both of its internal sequencers.

Version 2 of MC-202 Hack now extends the concept to allow you to “go the other direction” as well – from an MC-202's sequence(s) to a MIDI file (either using stored MC-202 cassette output files, or in real-time from the MC-202).

You can also now edit sequences directly within MC-202 Hack v2, and preview them using either a built in softsynth that emulates the sound of the MC-202 (complete with controllable parameters), or via MIDI, using either General MIDI instruments or any other MIDI-enabled software or hardware instrument, according to the designers.

Check out the product page: www.defectiverecords.com/mc202hack/index2.html