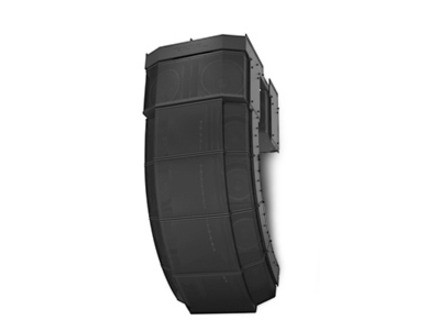 RM5505, Array Speaker Cabinet from Bose in the RoomMatch series.

«  Accurate and not aggressive »
5

I went to the concert last Friday at the theater Camille Alexandre Dumas (Saint-Germain en Laye) room which is equipped with Bose RoomMatch recently. At first glance this room must contain a few thousand seats.

My advice (novice in sound) is simple: the sound was clear and not aggressive. Accurate, as for example the voices were very intelligible, not as aggressive eg harmonica Alexandre Poulain (affecting a musician, in passing, that played in the first part) is not typed in the upper midrange.

A little more difficult to judge the response in the bass drum because there was very little in the different groups, or they were instruments "basic" (tap feet on the ground). The four musicians Camille "dance" to the "big box" made a farting sound as though bearing a galley. For the second against the first part of the concert (there were two first parts and Camille), the bass drum sounded a little box but I think it came from the recording, the microphone was perhaps too close (to check on another style of music, then!).

Of course, microphones, mixing and sound engineer, acoustics of the room are also largely responsible for the sound quality, but the system did not fail in my ears. Overall I was pleasantly surprised by the excellent sound quality at the concert, which admittedly significantly increases the listening pleasure.

A listen!
See the source
Did you find this review helpful?yesno
Cookies help us improve performance, enhance user experience and deliver our services. By using our services, you agree to our use of cookies. Find out more.