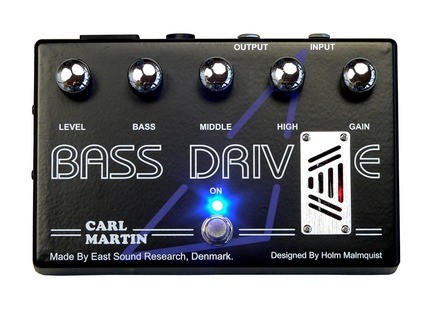 According to the company, even though the BassDrive has been listed in the catalogue for years, Carl Martin postponed the release of this pedal until they were able to tweak the EQ and crunch to where it could add a warm 'tube' sound to modern digital bass amps and actually improve their performance.

Carl Martin's Bass Drive now allegedly does exactly that....creating that famous John Entwhistle (The Who) tone: "big, round and phat with just the right amount of sustain to place your bass properly in the mix and allow it to 'pop' in live and recording situations."