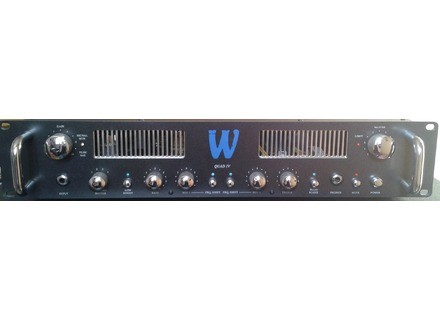 Simple, sr, effective!
Possibility of digging the sound using the boosts quite effective and pretty too: blue LED
Everything is done with care and taste.
LED green / orange for CONTRL gain

A DJ provides a neutral rglage rev nice sound, very modern
Suitable for both the metal (the trs dig the Korn, both slamming and full of info), that play more jazzy finger, and provides a nice gloss trs to slap in a game.
This head is normment versatile and competes with the legendary trs prs SVT3 pro!
Used with a low Warwick, she comes into its own because it is made to collect a large output level for active low fat potato!

It's been a year since I use it and I'm not!
The particularity prfre I probably sound modern ct.
What is more embtant is that it is in 8 ohms, less compatible with other speakers.
I tried the trace elliot, the Hartke, Ampeg, Peavey, and every time I missed a little something, either money or a correct sitting in grave, either mdiums that take the road; thing I found with the Quad IV
The report is qualitprix is ​​honorable, because in the same range, you SVT3 which is more of the same CHRE and less original.
See the source
Did you find this review helpful?yesno
Cookies help us improve performance, enhance user experience and deliver our services. By using our services, you agree to our use of cookies. Find out more.