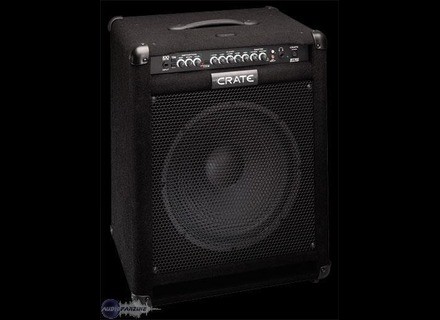 If you want just plain, clean bass, it is very easy to achieve a good sound. The distortion is very hard to use. I think that the built in limiter cuts off the distortion's sustain so that it sounds very unnatural and over compressed. The octave setting is pretty cool but I generally leave that alone because it doesn't fit with most styles of music I play. The built in tuner is super nice. It is always on so you can do quick tune-ups in between songs without switching anything. The downfall of this amp for me is that it is unreliable. It has broken four times in the four years that I have had it. I have only gigged lightly with it, so it isn't from excessive use or road wear. The good thing is that there is a five year warranty so I haven't had to pay a cent for any of the repairs. It is just really annoying to have an amp crap out right before or during a show.

I play a fender jazz and danelectro longhorn through this amp. I have thrown distortion, delay, and a wah stomp box in front it. Without any effects, it sounds good. It is a very transparent sound. Also, it gets LOUD. My neighbor across the street told me he could hear me jamming when I was at half volume. It handled the stomp boxes well. I got some gnarly tones with the wah + distortion. The built in distortion is pretty much unusable due to it cutting out all of the time. If you like the way your bass sounds, it will probably sound good through this amp.

I like how loud this amp gets but I hate how it breaks all of the time. It was a relatively cheap amp so I'm not surprised that it isn't the best quality. Lately I have found it easier to play direct in during shows and recording. This amp didn't really color my tone too much anyway and I can't have my amp frying mid song. I wouldn't buy this amp again and I wouldn't recommend that anyone else buy one unless they're feeling lucky.
Did you find this review helpful?yesno
Cookies help us improve performance, enhance user experience and deliver our services. By using our services, you agree to our use of cookies. Find out more.