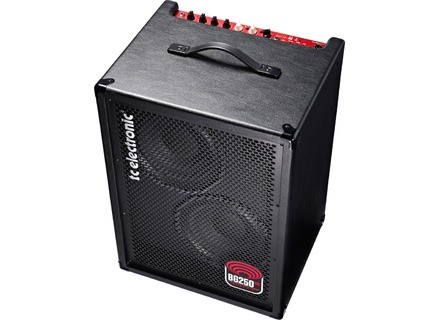 Value For Money : Correct Audience: Anyone
One of the rare combos to feature a 2x10" speaker... Lightweight, yet powerful enough for small stages. Doen not color the instrument excessively... It doesn’t provide a Markbass’s sound of punch either, but for such a price it’s more than enough. The additional integrated tuner is appreciable.

I only regret the absence of an FX loop, and the fact that you can’t combine the 2 "Tone Print" effects.

When I got it, I also appreciated the fact that TC was having a special discount with a free footswitch…

After 24 months using it :
------------------------------------------
My electronic issues have vanished, I had no need to contact service again. However, the cover vinyl is fragile: it gets scratched off at the merest impact. A flycase is necessary...
Did you find this review helpful?yesno
Cookies help us improve performance, enhance user experience and deliver our services. By using our services, you agree to our use of cookies. Find out more.