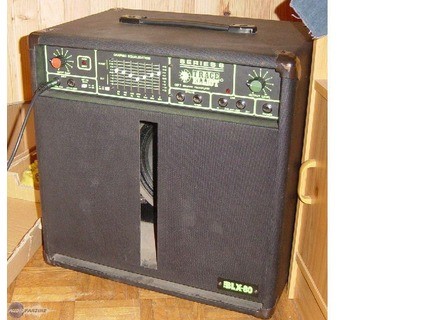 View other reviews for this product:
I got this amp, it was my first amp transistor
Of course, having purchased new, I was thrilled by its possibilities and its look, black and green lights.
I do not remember the features but I know it's not very powerful and fast saturation of rock we play with 2 guitars.
After 2 years (fifty date) he is too old and quickly became the equalizer rather disappointing. It is rather intended to slap the (same setting as in the photo)
I was also baluchi and never got to really have a well rounded with my JBassUS. I think what was not compatible.
I advise those who want the sound rather hard and well dug in the treble with perhaps a bass properly.
Namely, without pushing my grilled HP value: 800 FF, then resold.
It is more but it's not a regret.
for cheaper and nine Specials, I switched to a combo Ampeg B50R without equalizer, but EFFICAS knobs and there I found the sound.
See the source
Did you find this review helpful?yesno
Cookies help us improve performance, enhance user experience and deliver our services. By using our services, you agree to our use of cookies. Find out more.