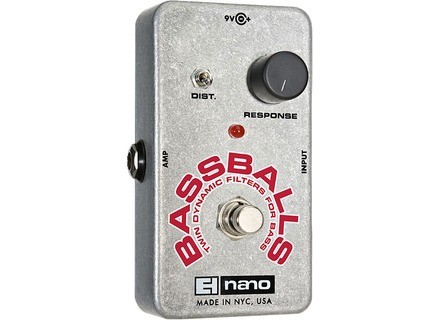 Nirmal
distortion: in fact the same effect in extreme!

after that is managed with the attack much you put in your fingers ....

The quality is great, and gives a big potato for good passage funky BUT NOT ONLY.

What I like most is how we can change the sound if it touches it then buggers if the strings.
Of shots with a simple effect you can have a range of sounds rather thin and "varied"

The only downside, when you put the knob to max effect there is a sound that little train and become downright annoying.

This is great!!
oh yeee! I think I could do without it
This is also a risk at the beginning I put all the time and the other group looked at me with suspicion, at least with some trepidation.

but well managed and well mixed with other effects, like distortion octaver +

is mooorrrrrtteellllllll
See the source
Did you find this review helpful?yesno
Cookies help us improve performance, enhance user experience and deliver our services. By using our services, you agree to our use of cookies. Find out more.