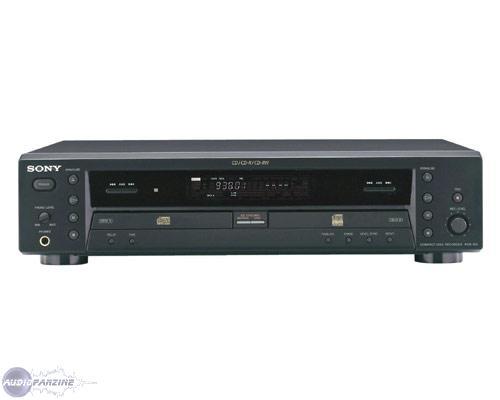 Purchased to save the music only shows I.
Marrantz is the professional brand that accepts used CD usual computer. But too expensive at the time for my budget.

The left deck only works in playback. The right one recording / playback.
Function to duplicate CDs at high speed by using two turntables.

Ergonomics practice with knobs that are pressed to select the displayed option.
Easy adjustment of the level, choice of sources and recording modes (eg creating a new track on a silent, etc.). All functions (as finalized) are easily accessible.
To increment the No. of tracks without stopping the recording. Practice to record continuously, when artists keep coming several titles without stopping between songs, or at a conference of more than an hour: we must create a new track about 10 minutes each.

The audio CDs are expensive and rare, I usually record on CD-RW. I duplicate immediately on a CD-R to give a copy to the end of concert artists, and then copies a master at home on my computer.

It is also possible to record a concert with just a PC on his mic, but it is far less practical than a true recorder with all the functions that go well.
The only flaw (with CD special needs): sensitive to power outages or errors of manipulation. I lost so many CDs. Some were still visible on my computer, others have been irretrievably lost.
The brand has a professional Marrantz function and regeneration of damaged CD, very slow but effective.
00