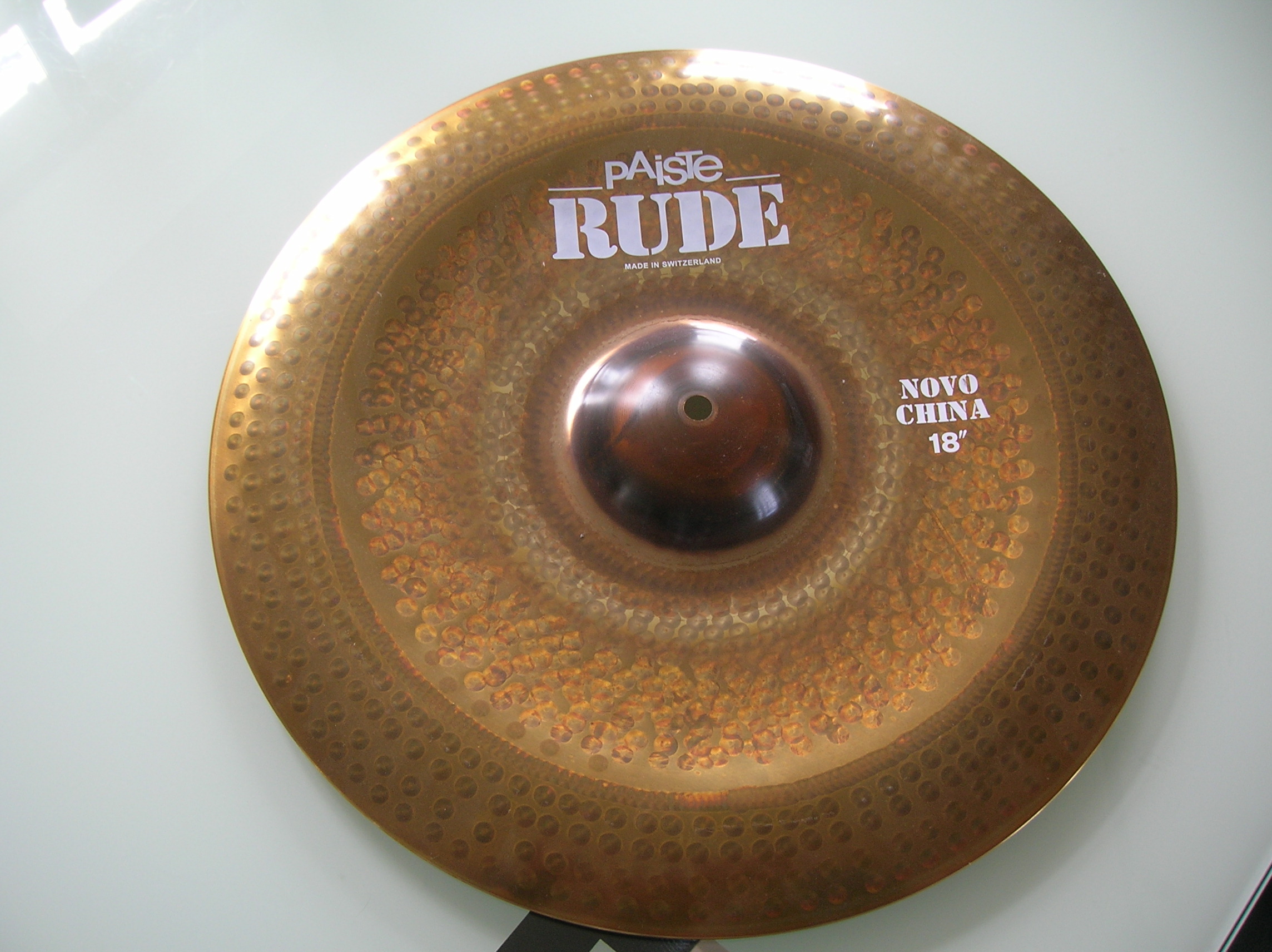 China Cymbal from Paiste belonging to the Rude series.

El-Burinos
Publié le 10/04/14 à 05:53
The harsh cymbals are known for their strength and the Chinese in the perfect example. I bought this Novo china 18 "Cygnus and I thought I had received something new that had never been used (my crash / ride in 17 that I have used for years has not bougée either)
So it's solid material.
His level, I love.
It's very powerful, accurate and beautiful harmonics.
It has a sound all its own between a Chinese and a crash.
I had an old china PST3 before and what is the day and night. The sound of the rough is paradoxically end.

If you want a Chinese with a different sound and is mostly very solid, think Paiste Novo china rude.
00