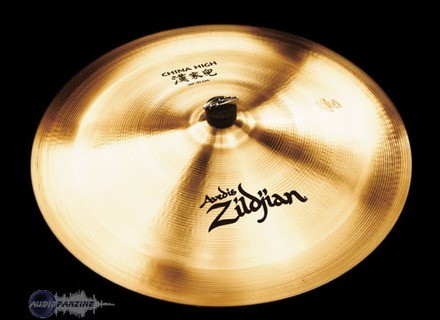 View other reviews for this product:
Now I’ve never owned one of the Zildjian China Boy Highs, but I’ve definitely played on one countless times at my private drum lesson teacher’s house. He’s had this cymbal since I met him 3 years ago, and we both agree that this is one of the best Chinas that we’ve heard. I really want to get one to call my own.

Right off the bat, seeing the Zildjian logo definitely helps knowing the quality of a cymbal. I have never been let down by any of Zildjian’s “Cast” cymbals. This cymbal was no acceptation. This was the first China that I had ever played on. I had seen them on some friend’s sets and heard them on some recordings, but never actually played on one. I had always thought that they had looked and sounded funny, and even bad at times, until I stumbled across my teachers. The first time I heard it I was surprised by its quality. It has a very powerful fast attack that fills the room, and a short, but sustained decay; I think that’s the best way I could describe its sound. It’s not only a crisp sound, but even trashy. Trashy to the point where it feels just right, not like it belongs in the trash can! I would definitely recommend this to anybody that’s looking for a new china cymbal, or even for someone who is looking for their very first one.