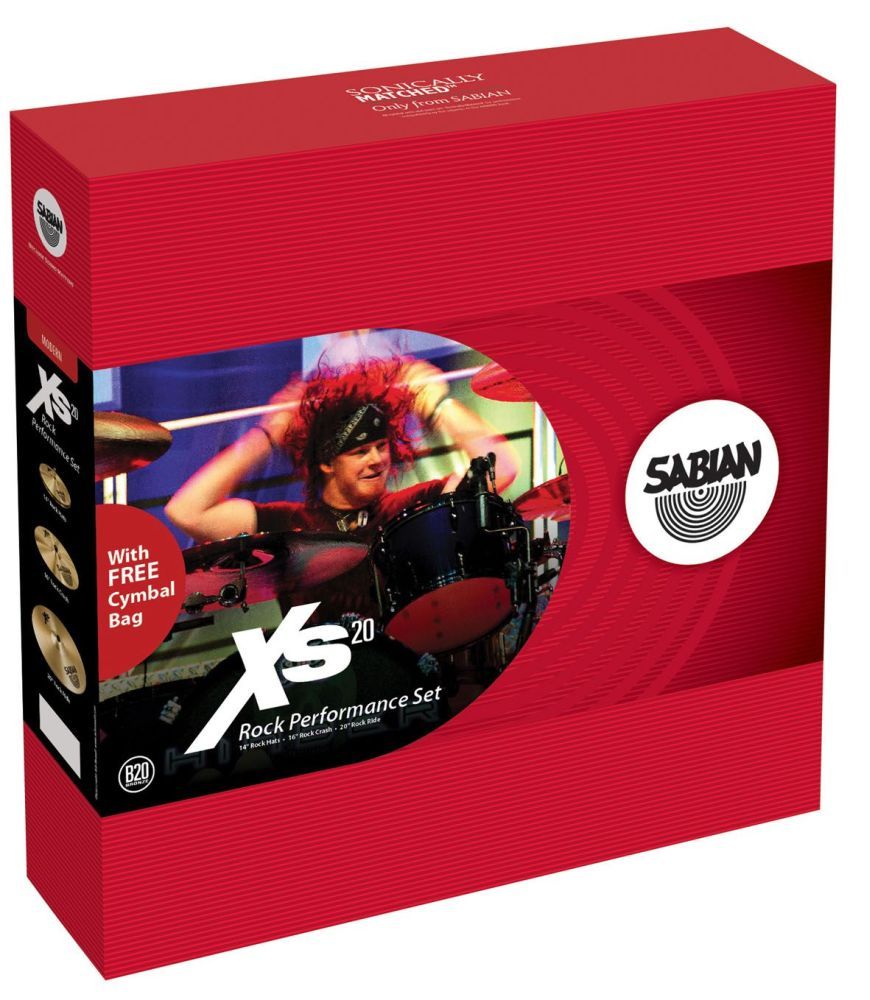 Cymbal Pack from Sabian belonging to the Xs20 series.

- Have you tried many other models before acqurir?
Hmm yes, with the Sabian B8 of the PST3 Paiste, the ZBT and ZHT Zildjian.

- What is the specific feature you like best, the least?
Their sound! The crashes have both its own and really sharp, everything I look for in a good cymbal crash that requires power to play the big rock. I test crashes Pack Performance, and I find a little less powerful, they sought not a bit more difficult call. I think these past are more It was set up for a game longer possible even if the overall sound is very modern. Charley is the dowry of a more aggressive performance than the MODEL, I prfrais latter because he had a soft sound when it was open. The ride, when she, resonates far less of Manir dsagrable that performance at the edge, it gives a clear, precise with a good ping for me.

- How do you report qualitprix?
Thomann bought 359 + 166 for the 18 crash. "It's not too expensive, but not given either. Solid level has been over a year since I beat it and arsiste tr s good!

- With the exprience, you do again this election?
For this budget, yes. With a bigger budget I would have taken the lev Sabian APX, which have an even sharper. APRS is a matter of taste