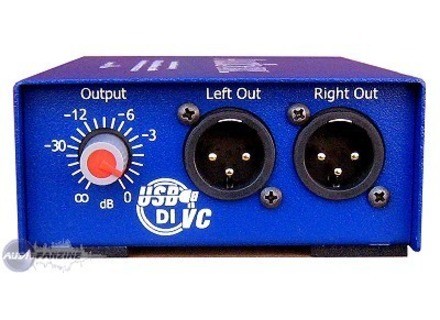 ARX announces the addition of the new ARX USB-DI VC Digital to Analogue Direct Box to their AudiBox range.

In response to many requests from users of the original USB DI who have been using it for specific applications, ARX developed the new ARX USB DI-VC which is basically a USB DI with the addition of an output level control. According to ARX it is still a true "Plug and Play" digital to analog pro audio interface, removing the need to use any existing sound card outputs, but now the output level can be modified quickly and accurately, external to the Computer.

The addition of the volume control allows the USB DI-VC to be used without a mixer -- a useful option when driving active loudspeakers from a laptop as the level control lets you reduce the level instantly to suit the required SPL, while still retaining a good signal-to-noise ratio.