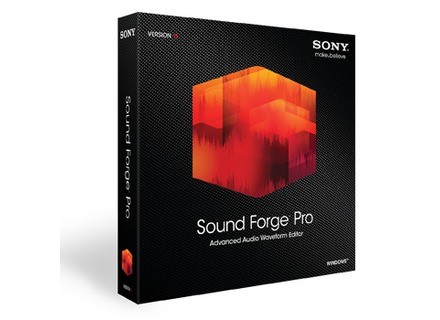 Sony has launched Sound Forge Pro 11 and SpectraLayers 2, the latest versions of its audio editors.

Last, you can transfer files between Sound Forge Pro 11 and SpectraLayers Pro 2 which has also been released today with the following new features:

You can also get both softwares bundled in Audio Master Suite, which also features CD Architect 5.2 and a 1600+ sound library (Sony Sound Series, $498 value). It is available for $599.95. If you decide to purchase Sound Forge Pro 11 or SpectraLayers Pro 2 and complete the bundle later, the upgrade retails for $329.95.