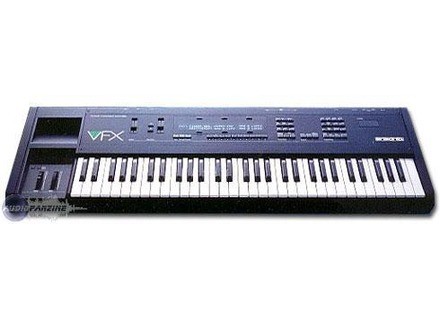 VFX, Digital Synth from Ensoniq in the VFX series.

View other reviews for this product:
The VFXSD was a beast ... but today, it remains in the dust in the attic. sounds big, 24-track sequencer OK, Bugs and bugs and re-re-re-bugs ... crashes on stage, crashing to the composition, ... Imagine the heads of other group members when, after a several hours tavail all is lost and re ... galleys kids ...
Currently I have given up, after contacting several stores, the importer can not get parts, ... more correct display and now it's nothing to the ignition. Bought a keyboard for the early 90s at a cost of 140,000 Belgian F ...

Damage
See the source
Did you find this review helpful?yesno
Cookies help us improve performance, enhance user experience and deliver our services. By using our services, you agree to our use of cookies. Find out more.