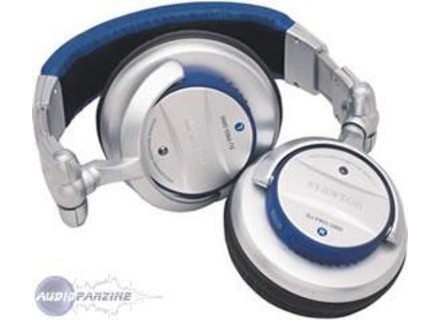 View other reviews for this product:
I used it only two months, not had the chance to do more.
What I liked most was the sound quality that I found better than the Sony VDJ700.
What I like least is that it has cracked in less than a full month of benefits for a month, forced to stuck with two pieces of wood to finish the benefits d-_- b!

The frenzy of hand to separate the bass treble etc ...
The little folk side of the lights is pretty cool.
I asked to take customer service here was denied! Yes it was apparently the first version, I bought it shortly after its release at the time it was DJ Tiesto who was advertising in the first year and it became TOP1.
€ 130 for 2 months of use is abuse! Although not included in the SAV!
Too bad because at the same time I'm ever back in the shop in question!
I really prefer my old pioneer of 1980 metallic frame and a super sound.
I appeal to Stanton, it's been two years it remained in its cover, if they want to make a commercial gesture to resume that would be very pleased!
See the source
Did you find this review helpful?yesno
Cookies help us improve performance, enhance user experience and deliver our services. By using our services, you agree to our use of cookies. Find out more.