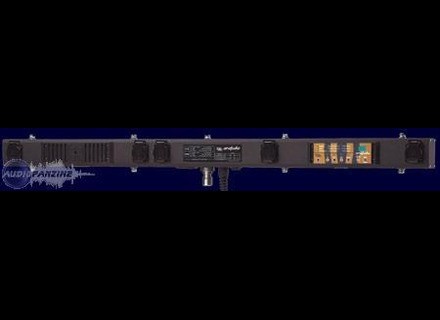 For how long have you been using it?
I have been using about 2 1 / 2 years, and works without problems!

Did you try many other models before getting this one?
Er, I tried the same model home that I bought Botex then a 6-channel block but that was not controllable by DMX or 0 / 10 volts. When I bought the model from BOTEX, I told myself that I needed another. There was a model in Starway I bought for a little less expensive but the manufacturer is the same, there is the label or name changes. With a product like that, eventually hanging cables for each channel. One is enough for food to the worst two if one uses the DMX ...

What thing do you like most/least about it?
the less I believe there is none. Perhaps the power? But we can not have everything especially in single phase or it is limited to 16 amps 2.5 mm ² cable.
most: it can be used in dmx, manually, with auto programs, preheat for lamps and the trade, according to a static block to use disco effects without the effect dimmer, individual addressing of each channel, bindings Projector usable in a structure

What is your opinion about the value for the price?
Okay, Starway has made some very good products like this one for a reasonable price

Knowing what you know now, would you make the same choice? ...
Yes, without hesitation (I already have 3) for certain applications. I also use blocks of power rack but deliver me 6x2 kw per channel phase.
See the source
Did you find this review helpful?yesno
Cookies help us improve performance, enhance user experience and deliver our services. By using our services, you agree to our use of cookies. Find out more.