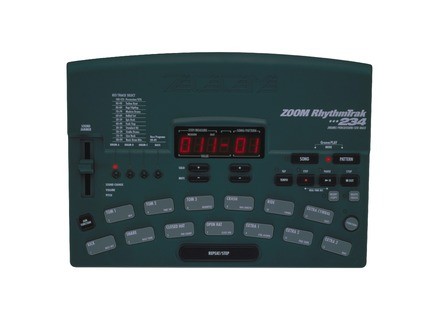 View other reviews for this product:
Trs not double for that kind of maneuver, but I'll try to be clear and concise.

Use:
The only real probme actually comes from the edition of the songs by itself. Indeed, less than ProCD increments in a same song and have a notebook ct o all parties there is enough embtant (to be polite) program. Not complicated ... embtant.

Nothing to see, for example with the BAR "embeds" the BOSS BR1180 chvre makes you become after one hour of use. L is simple enough, but because of little things, you lose some time. For example when you're not sure I chan certain patterns, the process starts of the beginning of the song and redo everything in dfile "rel time" in gaffing a good o merdouille (o the usefulness of the notebook and the pen but also to work on bits of songs). That said, I'm a bit of nature and ngligent rencle I often put my nose in the manual prfrant understood by me even then, it may be that I do it as handle all APRS-but hey, just ...

We can also assign patterns to the pads but I never tried. You can not set a pattern for a single measurement ... aid would have a much sometimes.

The instructions could not be clearer and amrita to be emphasized. The handling is done in record time. Not need to be a programming expert.

There is a combination of keys that must be trs attention "function + delete" or "clear" (I do not really know) the consquences can be dramatic: erase ALL user patterns and songs! ! It happened to me twice and I almost throw by the window. It owes its survival to the fact that it was not for me. When you look in the window apparatre message "clear all" flashing, it is too late.

The sounds are good and trs trsralistes for the price! Nothing wrong if it's an effect on some kits you can not zap (delay or reverb). In such cases the sounds are not really neutral. The cymables and especially charl open sound really good and can be modified using the cursor. In fact, this slider has at least three functions if my memory, change the height, volume and ... I do not remember.
There are a few all styles of music, from Techno Rock, to Hard or Hip hop.
No effects ditables (unfortunately). Pans are fixed but the instruments in the kits are DIFFERENT rpart in the sound spectrum. IDAL t have to have some instruments out of spares but this price is it just possible?

The pads seem to me well but plutt c'tait my FIRST TIME with this type of BAR and I had no point of comparison. Some concerns Ractive using the "rec / play" good but nothing serious.

In résumé to pay the price (1400frs the new era) c'tait unbeatable. In fact when my friend called me to tell me what he had invested and what price j'tais plutt doubtful. After 2 ½ years of use I am inclined plutt say it's a good product issue report trs / qualitprix / decision-head.

We used an old Yamaha RX15 and also an old Yamaha workstation (V50) and frankly c'tait day and night. I t thus the SR16 for an era c'tait but not me so I bought ply with the requirements of the moment. No regrets. Today, I have to buy a ganda and j'hsite between RT 323 and sister always SR16 to Alsis I have always found much about the sound but I do not know the all. Besides, if someone could give me a user review on this product, I thank in advance.
See the source
Did you find this review helpful?yesno
Cookies help us improve performance, enhance user experience and deliver our services. By using our services, you agree to our use of cookies. Find out more.