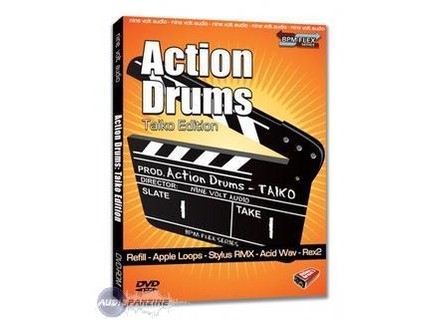 According to Time+Space, they were recorded in a concert hall with microphones from stage to balcony and capture the energy resonating from every strike, boom and cinematic blow.

Action Drums focuses on a tempo range of 120-200 BPM. But they tell us that as with all of Nine Volt Audio's BPM Flex Series™ libraries, every REX-based loop can be used at virtually any tempo without artificial stretching or unwanted audio artifacts.

For more information, visit their web site at www.timespace.com.