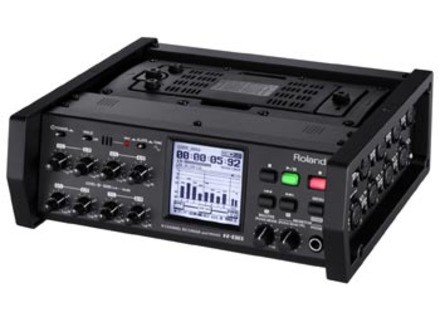 It is designed for recordists who currently record in stereo but want to switch to multi channel recording and for those who need more channels than existing 4 channel recorders.

The R-88 provides a portable recording and mixing solution for situations where there are multiple microphones on location and music recordings with more than four microphone channels.

The R-88 is compatible with SMPTE timecode and can act as slave (with timecode regeneration on the timecode out) or as master to enable a synchronized video workflow. Further workflow aids are included such as Slate facility from onboard mic for memo recording or Slate tone (1kHz/-20dBFS) and a jack input which allows control of play, record, rewind and more via optional single or dual footswitches.

The R-88 has a metal exterior of the and works with batteries or DC input. A

Check out www.rolandsystemsgroup.co.uk for more details.