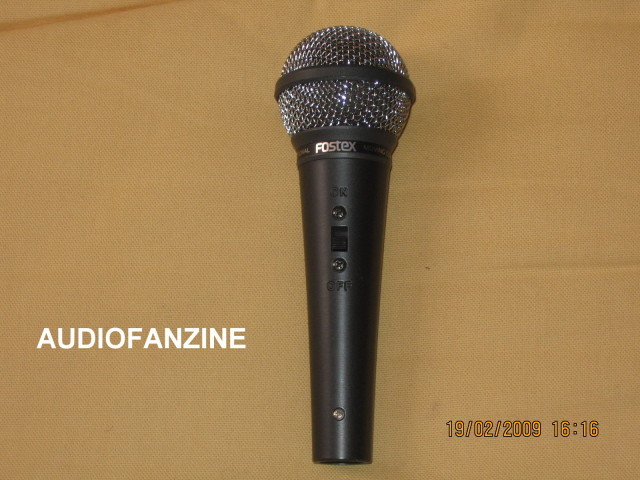 Pechouland
Publié le 09/20/09 à 11:12
Mic singing and some incidental takes.
It looks a bit like an SM58, but with a higher output level and harmonic advantage of presence. It is also less medium, with more bass and treble (EQ "V", correct or not mix), which gives it a grain fatter and brighter than the Shure.
Quite sensitive to feedback, perhaps due to the ease in the high frequencies.
In making sound on a guitar amp is not bad.

I've had 7 years. Like the grain, metallic, less common than the SM58 which is found on every stage.
I sing a lot and it makes up for the nose a little, at least he does not like the cartoon is the medium of a bump Shure. I recommend it for a male voice or female medium-acute severe enough (highest: the highs are aggressive). I recommend a voice already rich or very low metal.
I have tried the conventional (Shure, AKG, Audio-Technica, Sennheiser ...) and I find them all an application, and the Fostex is like there, albeit less versatile, but I could not do pass.
The problem of feedback is not really because it has a fairly high output level, so not need much gain. So I have no more bullshit with this one rather than another for a reasonable use.

Since he no longer argues much today, although I have covered in another case. This is good investment. In addition it is solid, mine has fallen quite a few times and never flinched.
00