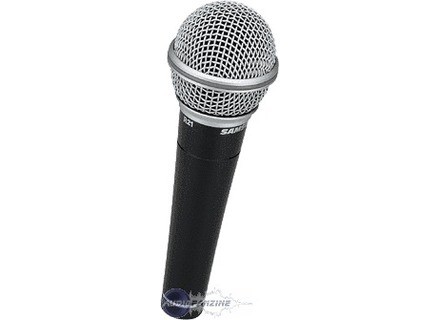 View other reviews for this product:
These mics are ok for the money, nothing spectacular though. You have to get right on it for your voice to be heard. Move any where left, right, or back just a little bit and the volume is gone. I know good mic technique but these do not help. I mean total volume drop.
The reason they give you three is they are very fragile. One got knocked over at an event, hit the stage and exploded! Then, one pin inside the XLR broke. Then the last one took a dive and came a part. Basically, you get what you pay for.

This is an overall decent mic for the studio. If you're going to live track, this is a great way to go for vocals. I would even recommend these for condensing. I stuck one over the drums, in-front of my guitar cabinet and one in-front of the bass drum. If mixed properly ( and mixing is a huge part with this mic), they sound fantastic. I've even taken the bottom heads off the toms and stuck a mic inside and they sounded great, no distortion or anything. I haven't tried out these mics live yet but a mic that's this good in the studio probably wouldn't be the best sounding live. It would probably be better for backing vocals rather than lead vocals. I now have two sets of these (6 mics all together) and they're used every time my band and I record. But if you have a little more money I suggest you save that money and don’t purchase these because you will be needing to upgrade sooner or later. So save the money and get something that will work a little better (as far as sound) and built a little tougher. There are plenty of mics on the market that are affordable and sound great.