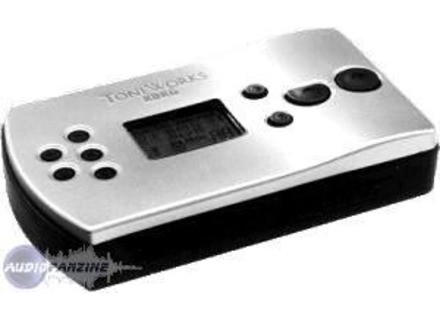 PX1, Multi-Effects for Electric Guitar from Korg in the Pandora series.


2 user reviews
Find it in the classifieds starting at $65 Avg used price: $65

View other reviews for this product:
Effects: overdrive, compressor, distortion, echo, flanger, wah-wah, reverb, tremolo, phaser, basically all the effects imaginable, and more are ditables runis in this mini multi purpose,
the connection is nothing but the jack,
thanks to its preamp, it can play with headphones, is not negligible and can play the guitar with all the sounds around as lightweight.
a stand in the pocket, is also a tuner, but does much more ..
a score cheap ...

When you do not lose the manual and if you speak a little English, it's too easy ...

The sounds are quite effective, though a bit too digital, the wah-wah is not great

I had lying around for several years in a corner of the lot and sometimes I have a blast with,
especially the headphone did you feel playing in front of thousands of people, but there's only you who hear this big sound! too strong,
if not, I also serves as a preamp to record electric guitar tracks on cubase and it works not too bad

the more recent Pandoras must be better (though probably more complicated)
See the source
Did you find this review helpful?yesno
Cookies help us improve performance, enhance user experience and deliver our services. By using our services, you agree to our use of cookies. Find out more.