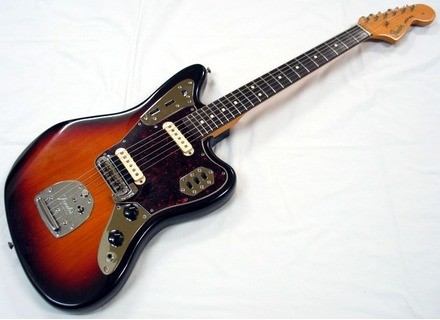 Channel trs pleasant rhythm to the condition of not having too big paws because the handle is small. It is not intended to make the guitar solos either.

The Fender Jaguar is a sharp, percussive sound trs lens with little sustain, perfect for rhythmic rock 'n roll. Noy in a Twin Reverb with the reverb is a real bottom rgal THE legendary sound of the surf music

By adding the distortion, the sound is trs aggressive and more powerful than traditional single microphones type stratocaster, for solos, do not count on because as I said this guitar possde trs little sustain, however, I install a Seymour Duncan JB Jr. in bridge position (humbucker format simple) and it is the sustain is increased to the point you can do with a slayer's not too bad on my fender jaguar!

A guitar which type trs trs well what to do ...
See the source
Did you find this review helpful?yesno
Cookies help us improve performance, enhance user experience and deliver our services. By using our services, you agree to our use of cookies. Find out more.