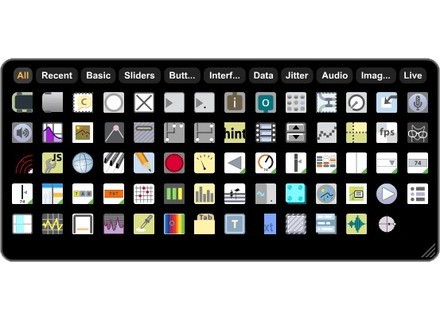 Max For Live, Environment for audio development from Cycling'74.

Cycling '74 has announced that it has discontinued sales of its pre-built Max-based audio plug-in packages - This includes Pluggo, Mode, Hipno and UpMix.

They say there will be no further development on either the plug-in packages or their supporting technology.

"This was not an easy decision to make, and we know it will disappoint some users. We had originally hoped to update our plug-in building technology to work with Max 5. However, we have had to face the fact that it is simply not cost-effective to support three different plug-in specifications on two different platforms, particularly given the increasing absence of standardization of host platforms we have observed over the past several years. Supporting our Max/MSP-based plug-in technology involves trying to make the entire Max environment run inside another host application. This was never a simple matter to begin with, and it has only grown more challenging with time."

"We have decided instead to focus our development efforts on a single application, Ableton Live, where we can work directly with the developers and exert some influence over the host environment. Max for Live, announced this past January, offers the key ingredient, interactive software development, that reflects our company's mission in life. With Max for Live, we've used our ten years of experience creating plug-ins to improve every aspect of our development system, adding new user interface tools, sample-accurate automation ramps, and flexible parameter definition and storage options."

"As part of our Max for Live development, we have begun to revive the highlights of the Pluggo audio effect and instrument collection, and a couple of screen shots below show examples of our efforts to date. Our Pluggo-inspired devices will be freely available for use with Max for Live, and in recognition of our loyal customer base, we have arranged with Ableton to provide Max for Live discounts to plug-in customers. Details will be announced when the product is released later this year."