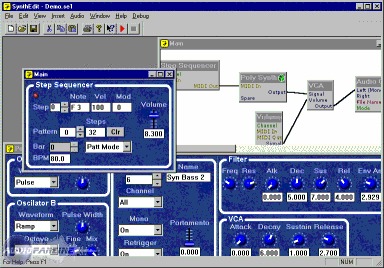 Environment for audio development from SynthEdit .

Summary of changes in v1.1: