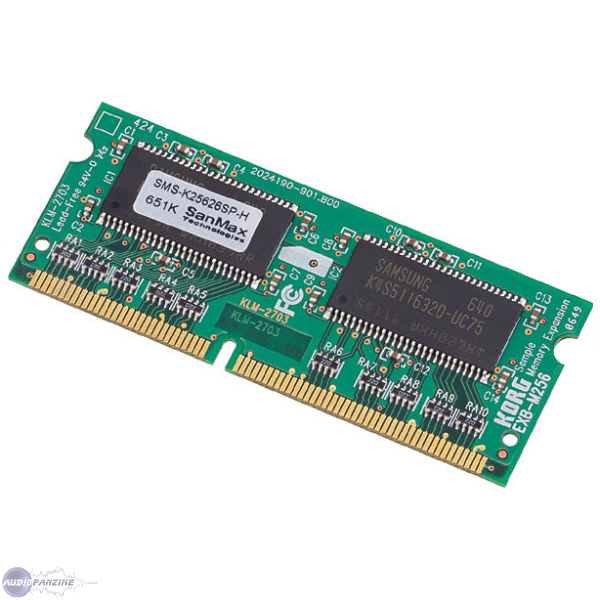 Expansion Board for Electronic Instrument from Korg belonging to the EXB series.

on the other hand, to simultaneously charge all new banks of sounds, you must purchase the expansion RAM for M3 EXB-M256.

Now Korg has had the curious idea of ​​creating a proprietary format that limits the RAM to 256 MB (1GB cons on the ground or XS Fatoma G), and is sold at an unbeatable price of 170 euros (about 5 times more expensive than Roland, who is not already given). Not easy to understand what happens in the brains of Japanese engineers.
00