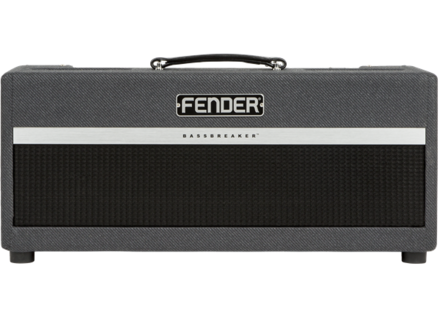 The Bassbreaker 007, Bassbreaker 15 and Bassbreaker 45 are each to be declined in both combo and head versions, while the Bassbreaker 18/30 will be available as a combo only. The series will also include two cabinets - the BB-112 and BB-212.

The single-channel Bassbreaker 007 combo and head don't have a license to kill but owe their name to their 7W, full-tube (two 12AX7 tubes and one EL-84) power. They also feature an onboard treble boost and 1/4" line output, and the combo version is equipped with a single 10” 8-ohm Celestion Ten 30 speaker.

The Bassbreaker 18/30 combo features two channels (selectable through the included 1-button footswitch) aimed at delivering both Fender's Blackface and Brownface sounds (channel one with a 30W output, channel two in "only" 18W). It is equipped with four EL84 power tubes and two 12AX7 preamp tubes and two 12” 8-ohm Celestion V-Type speakers. 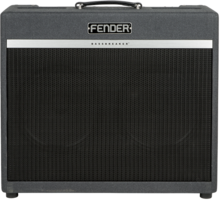 Finally, the series is completed with two enclosures, the aptly-named BB-112 and BB212 (which, as you may have guessed, are respectively 1x12" and 2x12" cabinets). Both are said to benefit from a durable semi-closed back construction and to be compact and easy to transport.

The BB112 is a 70 watt, 8-ohm speaker cabinet equipped with a single 12”, 8-ohm Celestion V-Type speaker. It was designed to fit neatly under Bassbreaker 15 and Bassbreaker 007 head and combo amplifiers. 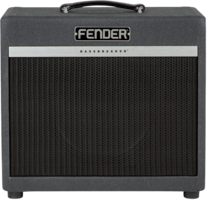 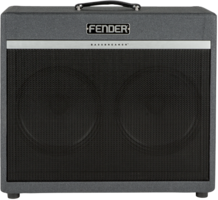