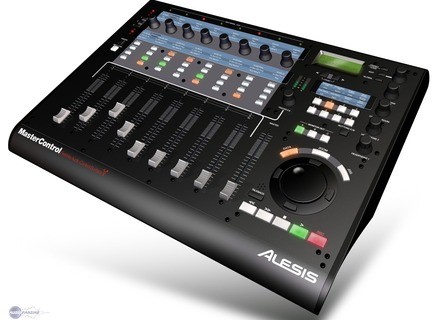 View other reviews for this product:
the cot while a motivated my choice
I am working with a pc, asus motherboard with a quad core processor and 32 bit xp 4g ram stroke
I have a useful pro (I produced music for voice and radio advertising)

the drivers are stable, I tt t on the site to get the latest version, but the DVD drivers were already stable!
I use it with cubase 5, cot number of tracks I do not t the end of the possibilities of bte!
latency more than respectable! (Compared to my previous interface "motu ultralite") limit is better!

I use it for several days.
I have tried many interfaces before (Terratec Alesis, TC Electronic, motu ...)
I love the most: the faders motoriss, the simplicity "ultimate" package (with cubase anyway), and weight (it's not something plastic and feels! !)

for now I would do the choice (a view of the length, I sometimes had to disillusionment with Alesis "Multimix firewire)

it's a bit expensive, in absolute terms but a good interface + good control, was relatively the same price in the end.
I've decided sells the motu!