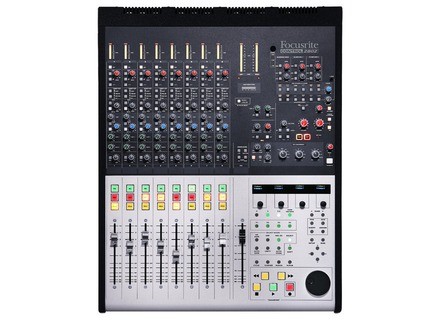 Focusrite and Audient announce an agreement whereby Focusrite will commence the production and sale of certain Audient product designs. The first product to be released under this agreement is the Focusrite Control 2802 Dual Layer Mixing Console.

The Focusrite Control 2802 is a recording console and a DAW control surface in one. It is designed to form "both the digital control nerve centre and the analogue heart of a studio." Dual Layer Technology makes it possible to jump between analogue mixing and DAW control. In a single surface, the Focusrite Control 2802 integrates summing of 28 inputs, monitoring, stereo master bus compression, and control over major DAWs.

The Focusrite Control 2802, which will be available from June 2011, can complement the RedNet range of networked audio interfaces recently announced by Focusrite, available worldwide from Q4 2011.