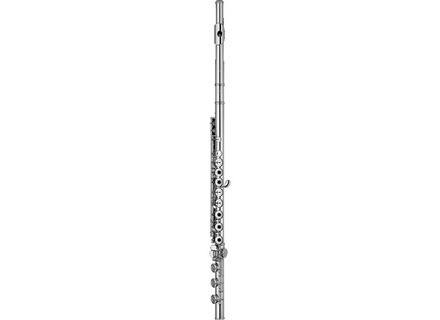 View other reviews for this product:
(Originally written by mamacello/translated from Audiofanzine FR)
This Sankyo (201) is fantastic. It's not made out of silver but it has almost the same mechanism as the much more expensive silver model... I just can't get my eyes off the beautiful French keys ... It's my small treasure. The mechanism is incredibly smooth and accurate. The mouthpiece is perfect for me, and it produces a large and percussive sound. It was love at first sight as soon as I heard it...

I bought it secondhand 7 months ago (the previous owner sold it to buy the silver model). I tested the silver model for a long time but the much higher price for the material wasn't justified. So I don't regret my choice.

I previously played a MIyazawa with silver head for many years. They are just not comparable! Since I bought the Sankyo, the MIyazawa hasn't come out of its case.

The CF 201's value for money is great. I don't think I will ever replace this instrument (or perhaps for the same one with a B foot...
Did you find this review helpful?yesno
Cookies help us improve performance, enhance user experience and deliver our services. By using our services, you agree to our use of cookies. Find out more.