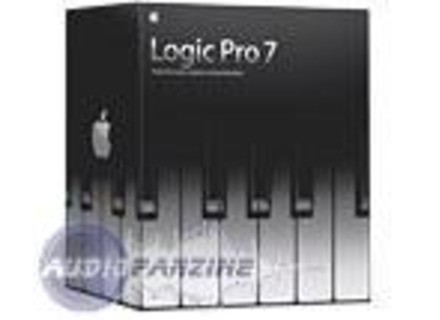 Logic Pro 7, General Sequencer from Apple in the Logic series.

View other reviews for this product:
Super Emagic, keep your deals with Apple and I would change software later this year
if a new version of PC does not materialize.
I would never change my Bécanne against an Apple .....
BY BY
PS: sutout remember that some new software will dethrone voud.

PC: Asus Motherboard, Socket 775 Pentium proceseur 3.4, 1 gig of ram, sound card 5.1
Logic is running at its maximum performance all without ever having had a single problem.
The configuration was always stable (even with the video player to the first plan).

I use Logic Platinuim for 5 years.
I like it because I achieved it.
Yes, Cubase, Pro 24, Mc5OO.
Yes, provided to read what is above.
See the source
Did you find this review helpful?yesno
Cookies help us improve performance, enhance user experience and deliver our services. By using our services, you agree to our use of cookies. Find out more.