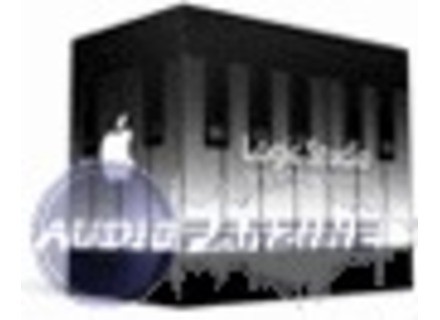 Logic Studio 8, General Sequencer from Apple in the Logic series.

View other reviews for this product:
I have been a Logic user since long before it was an Apple product and have to say that this latest version is by far the best yet! Avid/Digidesign keeps giving me more and more reasons to consider ProTools but the bottom line is why switch when I already have everything I already need right here in Logic.

I primarily use this for audio recording and it does an awesome job of that but this latest version gave me some great guitar amp and cabinet models as well as some great instruments (like the EVB3 Hammond Organ). I like the amp/cab models so much I sold all of my other amp/cab gear that I was using for recording and use strictly Logic for all of this now. Additionally I like the EVB3 so much that I quit hauling all of my gear to my old church that had a Hammond C3/Leslie 21H and just resided to using the EVB3 instead. OK, it isn't quite a real Hammond but it is so dang close that the hassle of utilizing the real thing just wasn't worth it any longer.

The only thing I would like to see better of is reverb plug-ins. Maybe I am a reverb snob but I think Apple could do better with the plug-ins and default presets. Don't get me wrong, they are great but not in line with the greatness of the rest of the suite.


Logic 8 just works. No troubles on my iMac Core 2 Duo. Works perfectly with my current interface and MIDI keyboard. CPU load is minimal, even with tons of plugins going. And at the end of the day, Logic sounds great. My mixes are coming together nicely, and when people hear the songs I'm working on they comment on how professional they sound. I recommend this to all musicians.
Did you find this review helpful?yesno
Cookies help us improve performance, enhance user experience and deliver our services. By using our services, you agree to our use of cookies. Find out more.