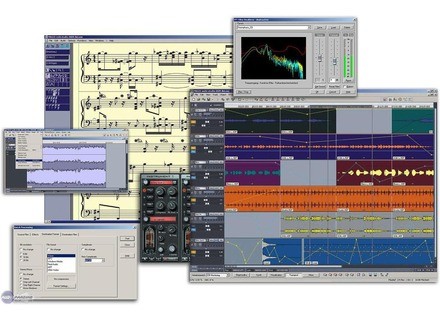 View other reviews for this product:
No problem, the manual in pdf.

I use it for more than ten years. The particularity of music studio is that you buy Samplitude and Logic for almost nothing. Midi studio is actually the soft Emagic Logic (except celuici runs on PC!), Light version but not the quality. Audio Studio software is the Samplitude and contrary to an earlier opinion, there is no compromise quality. It's been quite some time that this app offers magix, samplitude a bygone era was under SEKD before magix not buy it. Do not spend money to Samplitude and / or logic buy music studio. If you want something really good for mastering so it's Magix Sequoia.
See the source
Did you find this review helpful?yesno
Cookies help us improve performance, enhance user experience and deliver our services. By using our services, you agree to our use of cookies. Find out more.