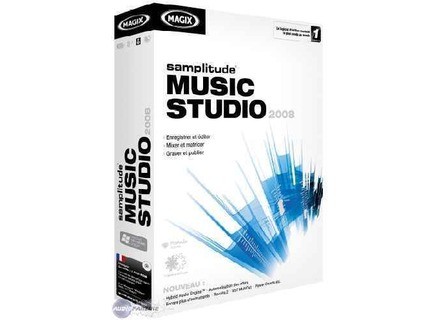 View other reviews for this product:
- The installation is done it without problem?
no problem, nothing to say!

- Did you encounter any incompatibilities?
say that I do not rewire mastery ... who even when the plant software sometimes!

- Configuration Gnrale is easy?
extremely simple, just two keys keyboard shortcut your checks to the windows setup (I set for the project or Y to configure the software, knowing that one CHAC also provides another window be).

- The manual is clear and sufficient? ...
yes for the installation and quick handling. As I knew already given the previous version, I got very quickly so I did not find the manual used. having said that for more specific questions, use the software help. a good point: keyboard shortcuts are often indicated and like any good software, they are also parameters.

- What is the configuration of your computer? (Motherboard / CPU / Ram / Disk / sound card ..)
we hardly know!

- The software works he correctly on this configuration?
yes when I do not overload temporal effects, lol!

- This software + hardware configuration is stable?
yes, except when using ReWire, it crashes sometimes!

- For how long have you been using it?
I use this version for 6 months, but software that I use since 2005

- What is the specific feature you like best, the least?
PLUS: the simplicity and fast grip that made ​​me will appreciate this program.
Display Mode tools ranging from novice to expert, the basis functions are very easily accessible. all configurable as two keys. like any good software there is the possibility of making its own pre-configures sessions. I really liked the amp simulator and effects pedals.
LESS: This software some logical limits (mainly on the number of tracks, and the bus) because it is a lite version of samplitude. 4 bus may rapidly become insufficient for subgroups. nevertheless have, this software is limited to 64 tracks, which is more than Protools LE is saying!

- Have you tried many other models before acqurir?
I tried Ejay Pro (nothing do with hip hop Ejay, Ejay Techno, etc. ...) and cubase.
is the line of samplitude which is best for me!

some tools are not excellent (EQ Settings, Delay / Reverb) but the quality is reasonable. others are very useful as Reveals the remix agent.
It comes with some VST whose number and quality do not affect behavior and negligible but the extraordinary (synth rhythm box, simulated amp, effect pedals more ...) . more, for novices, most tools are available as spots: for example, it proposes a set of tools to deal with a battery (a rest of pRSET, but it's a beginner)

- How do you report qualitprix?
software whose performance is more than close for 60 professional tools, you can not test!!

- With the exprience, you do again this election? ...
you're deaf or something, I just tell you: YOU CAN NOT TEST
Let's be clear, this is a lite version of a software professional is one Samplitude LE, no less! So despite its limitations is still a business tool.
See the source
Did you find this review helpful?yesno
Cookies help us improve performance, enhance user experience and deliver our services. By using our services, you agree to our use of cookies. Find out more.