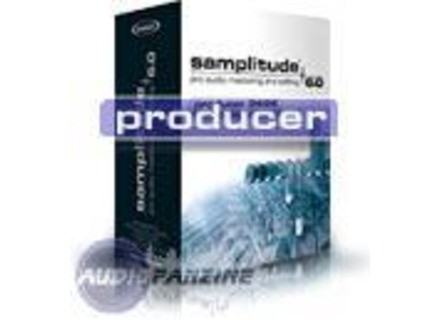 Samplitude 6 Producer, General Sequencer from Magix in the Samplitude series.

Value For Money : Excellent
Install: no problem, recording either.
incompatibilities.
samplitude configuration: the cake, cream and cherry to both this program.
the manual is more than enough, but very long, with some translation errors.

ASUS? / 2 GHz / 1 GB / ATA / ISIS Guillemot-Hercules
Operating as in oil
Record up to 8 channels, reading up about thirty tracks with effects-efficient
total stability

Samplitude 5 6 years, 2 years 6 version, version 8 once it is translated into French.
What I like most is the ease of starting simple, the opportunity to progress by itself, the sound amazing, space-production mix, the strategy "object editor", everything.
Cubase blah, blah blah cakewalk, cool edit Yeah but not really to edit and mix, logic audio I understood nothing.
Excellent value for money, but I did not find the price you specify, but at € 230 (24/96 producer French version).
My choice is to acquire the particular version 8, but includes statégie Magix? No promotion in France, no date of translation of the V.8, and perhaps "the rolls of computer music" as I read it several times, but everyone who cares, it it's true.
When is a petition for Magix take us into account?
See the source
Did you find this review helpful?yesno
Cookies help us improve performance, enhance user experience and deliver our services. By using our services, you agree to our use of cookies. Find out more.