Add this product to
PreSonus Studio One 3 Professional
1/ 79 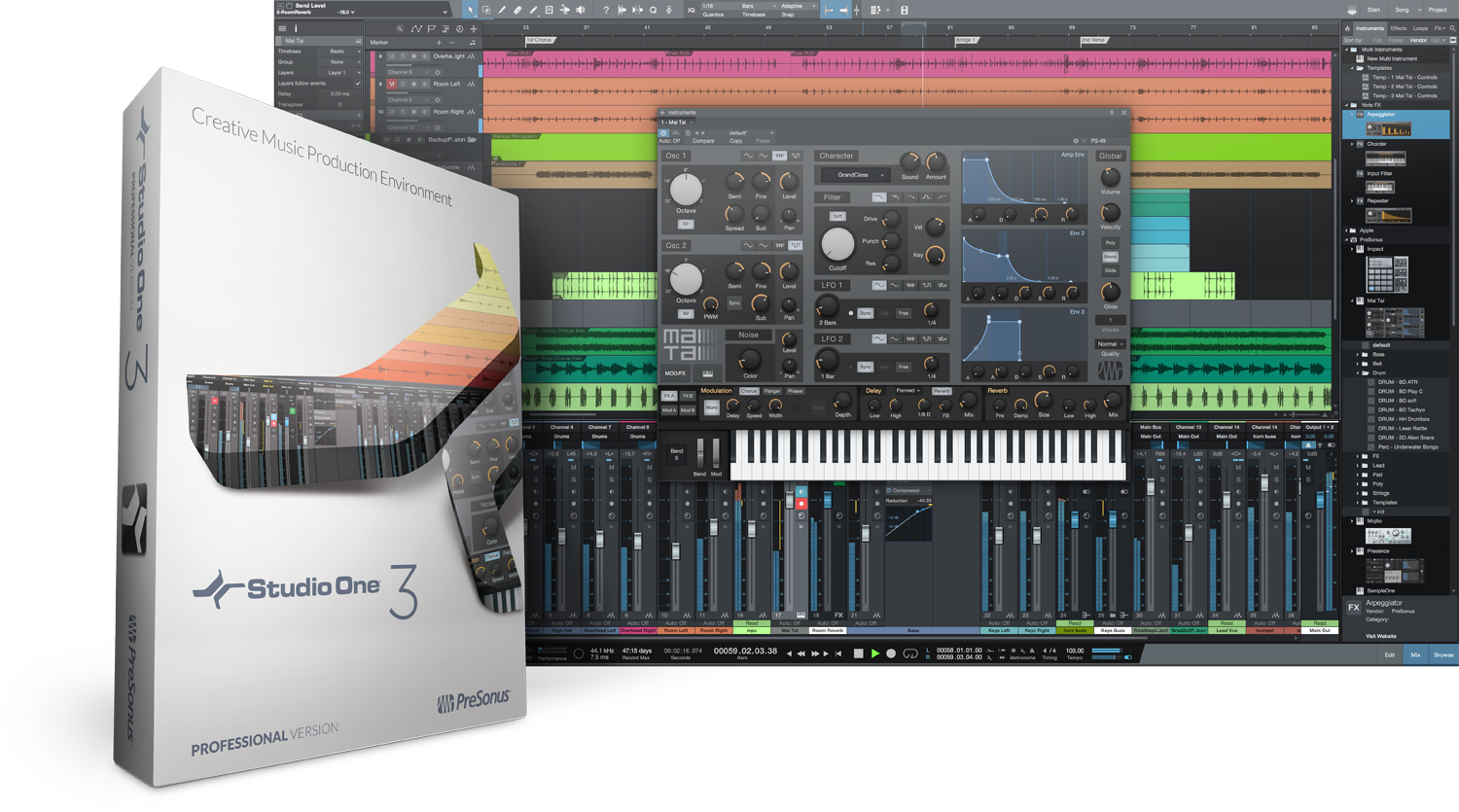 General Sequencer from PreSonus belonging to the Studio One 3 series.

Publié le 04/24/16 à 12:37
Value For Money : Excellent
Audience: Anyone
The third episode gets closer to perfection.
I used to have Studio One version 1 but soon got rid of it due to its audio engine which was not CPU-friendly enough to my taste, and this version 3 is a real change! For those used to another DAW, a little time and effort will be needed to get used to this one. Studio One has its own vision of things and when you come from Protools, Sonar, Cubase or Reaper for instance, it takes some time to take your marks (not so long either, but you won't be 100% efficient right away).

The DAW's engine is very good, and clearly got better with time (at least it clearly did compared with version 1). The interface is well-thought and conceived, it resembles that of Cubase - although slightly not as good/practical. There are also ideas taken from other DAWS, such as the matrix for audio in/outs similar to that in Reaper for instance. Even if it's rather good, I still can see a few flaws here and there. Some things that unnerve me here and there, for instance you can't directly access the pan setting, only the volume, so you have to open the window dedicated to the channel, and the same goes for accessing VST/VSTis, not always readable/intuitive or user friendly (depending on the size of the said VST Window, if the VST(i)'s GUI is big you can't display the whole effect chain at once)...Or, the interface is not as easy to modulate as Sonar's, so you can't always work as you'd wish. So, there are still a few details to tweak here and there, but all in all it's really not bad.

The included plug-ins and instruments are also very good, but once again the customer is a bit considered as a cash cow. For instance, the guitar/bass-dedicated Ampire plugin doesn't include anything for heavy sounds (there's one named "high gain", which gain is high in name only). You'll need to add a Metal pack or you'll be quite disappointed! OK it's only 20 to 30 bucks but it's a bit mean from them! Alson no drum VSTi... Only sample packs to be bought separately! For the price of the DAW, it almost would deserve only three stars for "blunt disrespect of one's customer"... But in the end, as I said, I don't pay much attention to that as I already have my own VSTs/VSTi's!

A lot of other things couls also be said on that DAW, but all in all and compared with all others on the market this one is a really good sequencer which offers great tools and a very efficient interface (in spite of some points that could -and hopefully will- be ameliorated). All in all, I'm rather satisfied with this 3rd version and can only recommend it, especially to those without a DAW or who have already used Cubase. Still, if you already have your marks with one or several other DAWs, try this one before buying for it features some details that may spoil your workflow... Depending on your priorities and adaptability level!