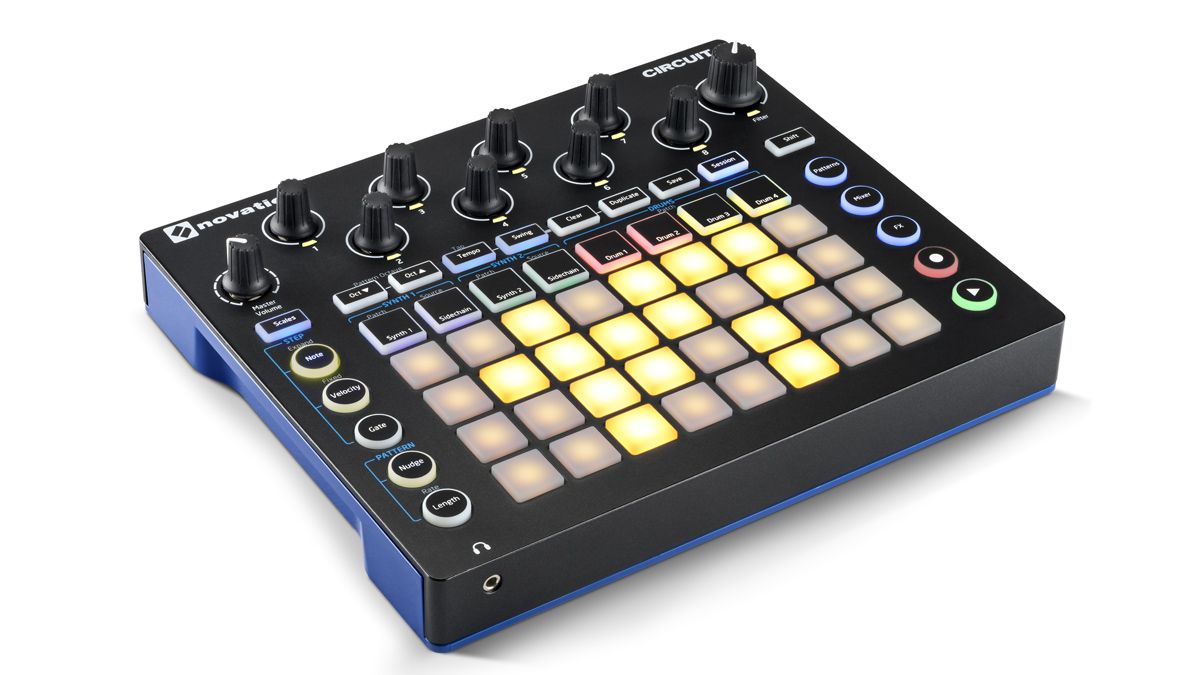 « A nice plaything with potential »

Publié le 07/29/18 à 10:41
Value For Money : Excellent
Audience: Anyone
I’ve tried it for an hour or so before writing this review but I’ve also spent t least 10 times as much reading other review on it on the internet, so I knew what to look after

I had never really used such a machine or pad controller before, so my only reference will be the Electribe 2 that I’ve tested in a shop.

Music style and context of use
Originally a drummer, most often in a live context, I’d use it alongside a synth (a Korg R3) but I think I’ll mostly use in in standalone at home (or elsewhere) due to its portability and as a pad MIDI controller in a studio context. No particular style preference, even if a drum machine and the synth’s original sounds are more on the techno side.

Does it seem sturdy and well-finished?
It clearly does! I’ve quickly tried an Electribe 2 and felt the latter was fragile, almost an unfinished product (with the x/y pad reminiscent of a 2000s low-end laptop).
It’s light, made of plastic, but clean and sturdy.

Is it easy to use? What about its ergonomics?
It’s very easy to use, even without a screen you easily grab how it works and get used to the workflow. Compared with the Electribe 2 again, the circuit is in the upper league and it’s more user-friendly and clear – even in spite of the absence of a screen.

Does it provide enough advanced functionalities for you to edit your sequences?
Enough for basic use (velocity, note, control automation). You can’t edit complex rhythm parts or change the time signature (4/4 and so on).

What do you think of its overall sound ? What is your opinion on the included factory sounds? What about its editing and processing capacities?

As a whole, the basic sounds sound… well, but not exceptional either. The (macro) controls which allow to change the settings are nice and responsive but I understand how frustrated some users can be regarding the fact you can’t know what you’re doing. Novation’s serendipity is nice, but you wish you could do otherwise.
BUT – while the basic sounds are not so exceptional, merely tweaking the settings and adding a small amount of the circuit’s delay or reverb allows you to appreciate it more and more.
It has a real potential, plus if you add the editot you understand you have a real, comprehensive synth under your fingertip. Of course, you can control it using an external keyboard using its MIDI plugs (

).
In a nutshell, a small learning and tweaking to build your own sounds will lead you to something that sounds rather well.

What are its pros and cons?

+
Very fun, very quick. You can have fun with it, you quickly learn how to use it and you quickly get familiar with the features – within 10 minutes you know how it works.

Veeery easy to transport. It takes 6 batteries, so you unplug it all and take it in your pocket – it even has a small speaker, OK it’s crappy but it’s still nice to have. Great in that regards: it’s transportable, but not cheap.

It looks good. I find it classy, again compared with the (ugly) grey Electribe the latter looks all the more cheap. The pads are nice and responsive – though they feature no aftertouch: you can live without it, but it would have been nice.

MIDI features open the door to very interesting perspectives. I’ve plugges a keyboard on it, in the end you can almost use it as a Nova rack. Or the other way around: you can use it to control another device, or even Ableton (caution though, don’t expect a Launchpad workflow, though perhaps with an appropriate firmware update?...).

Updates come in quickly, which is a nice thing. 2 months after it came out a complete editor was made available, and while it’s not the most user-friendly piece of software you could dream of at least it is here and allows you to explore what this device can do. Regarding drum sounds, it seems it’s all about samples so why not a future possibility to edit these in the future?...

-
The rhythm parts are limited : you can’t get out of a 4/4 time signature. Of course you could cheat the system, just like the 16-step pattern limit (which can’t be extended). A bit on the light side though.

Limited effects : a few reverbs, delays, sidechain – …that’s all, folks! The synths allow for chorus effects but this is it. Not that much of a problem though. It’s always better fo favor dedicated and high quality effect units instead of low-end effects (don’t forget we’re talking about a sub-€350 product!).

The lack of control display : a tiny screen to just allow us to see what we do or even change the macros without a computer would have made it the ultimate machine. Not that much of a problem especially given its price and other features, but it’s still noteworthy.

In the end, it won’t replace a big sequencer or DAW. You get 2 synth voices and 4 drum voices (kick, snare, perc1 & perc2 ) – a little short for an entire symphony, isn’t it? Unless you’re into a minimal style, it won’t do everything on its own but will still offer a solid ground for composing music or rhythms.

Overall
After reading and viewing all possible kinds of tests and as someone who rarely buys gear, I’m not disappointed at all and don’t regret my purchase. Updates let us hope that it will get even better in the future, but even in its current state it’s a great device no matter if you play for fun, live or in the studio. It also features a very good value-for-money ratio considering its overall quality.

I thought of giving it 4 stars out of 5 considering the few aforementioned cons, but considering its price and competition I’ll go with a 5