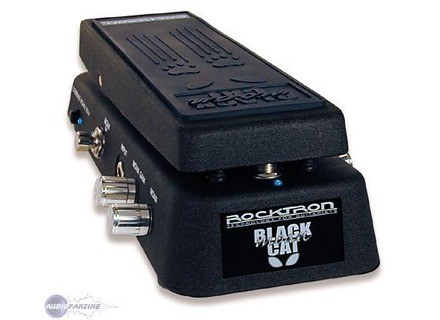 View other reviews for this product:
Two effects in this Wah:

Moan: A boost of mdiums a little special, we can assimilate a block Wah combines a boost. But the effect is like nothing really known. Its main intrt my opinion is to boost the sound to pass a lead, it seems difficult to use as the main disto.

Level connections, one between an output and a 9V (Note that a cell can be used with a hatch under the pedals, easy to open.)

The grip is quite simple, for the wah effect in any case: mode is selected, we dclenche effect with the switch located under the pedals of expression (like a good old Cry Baby ) and go.

The effect is moan a little more difficult master, but by feeling a little one arrives quickly rglages satisfactory. Two knobs allow the rgler: Moan (depth effect) and Gain. A switch on the cot situ of the pedals can dclencher (which requires the caller pedals if you do not want Dranger his set every time!).

Finally, small malignant dtail, both effects are usable sparment, but a small switch is used to make the moan of the declenchment dclenchement of Wah, which makes it possible to share the two effects in m me time.

Question sound effects are wah trs good, everyone enough for the typical choice is not a gadget, and all used in contexts DIFFERENT. The switching effect is accompanied by a slight gain boost, which allows to gain momentum but may be a little Gnant for those looking for crystal clear sound.

The effect moan is more difficult to use, but it gives a color trs particulire sound, and a boost apprciable to move from a crunchy rhythm a frenzied solo ... on the other hand, in his clear, increasing the gain longer playing on the volume on the distortion, attention to the cards!

The use of the two effects together gives about the results convincing trs. The ide las conceptaurs the pedals at the top had no doubt: it solo as the Black Cat offers the best of itself!

I use the Black Cat for almost a year, and I routinely congratulates. For a modest price, it combines a good wah and a boost trs typ which can give a lot of characters to the sound. In comparison with other models, I cot range of Cry Baby and Vox (even if the dynamics are lgrement worse), well above the Boss PW-10 . Nothing against a see Morley level purity of sound, but that's not what we're looking forcment with Wah-Wah.
See the source
Did you find this review helpful?yesno
Cookies help us improve performance, enhance user experience and deliver our services. By using our services, you agree to our use of cookies. Find out more.