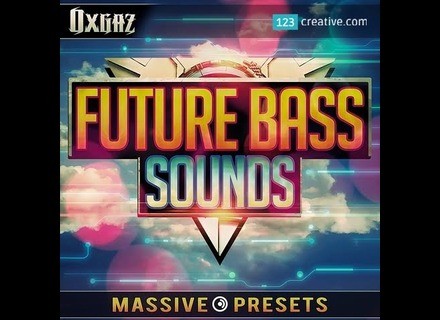 123creative.com has released Future Bass Sounds, a collection of Massive presets elaborated in cooperation with Oxgaz.

“Future Bass Sounds” is described as the melodic, romantic side of trap - a fresh new branch, becoming an increasing trend among melodic producers, featuring the use of 808 drums combined with organic chilling synths, reportedly resulting in a relaxing and soulful sound but also uplifting and hypnotizing.

The sounds inside “Future Bass Sounds” are described as "very versatile", and can be used for other styles such as House, Hip-Hop, Pop and Chill-out.

Each patch has all 8 of Massive macros assigned to various parameters, which allows you! the producer to morph and transform each individual preset into a completely new sound.