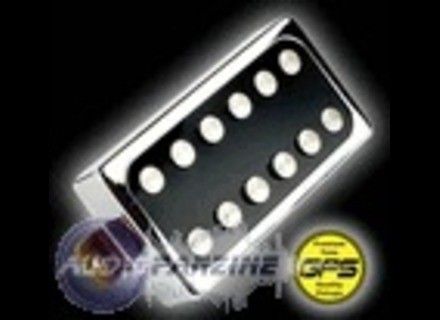 View other reviews for this product:
Update from March 2014: I installed it on an ltd f10 (originally with an ESP single coil format humbucker at the neck and an ESP lh150 at the bridge) in order to have a very homogeneous sound (the original bridge was much more twangy-thin-vintage than the neck), and it's been a real success. This loudmouth is now on a guitar with the appropriate looks for its favorite sound style.

I've had it for a year, but my review is based only on the last months, after using it as bridge pickup on my lag imperator 100 (an incredible guitar).
Let's see what happens with the Loudmouth and a short-scale Gibson base with twang (warm enough and with quite some sustain)...
For once, it's up to the job.
The performance is rock-solid, clean, pretty compact, well-defined. No buzz or feedback issues, although I haven't driven it hard with a tube amp yet.
The pickup is set pretty close to the strings and it doesn't move, not even when attacking the (big stubby nylon 3mm) strings vigorously. The sound is not thin, but rather fat.
The output power is significant, but it can be easily handled clean (unsplit but with the neck pickup split) and the sound is even and stable, a real treat for fingerpicking.
For crunch sounds, it will depend on the overdrive you use, I recommend you a bright one, given the Loudmouth's not too brilliant character. But that's no the goal of the pickup, which is...
Hi-gain! It's perfect for that, solid and massive. The lack of brilliance observed with clean/crunch sounds is a huge advantage for hi-gain, harmonics come through fine.
I installed the push-pull split option, but it's not worth it, it's impeccable as is. Do note that anything is possible thanks to the 4 wires plus shielding, it can be coupled with any other pickup.
On three other guitars similar to the lag, I have the following pickups and here are the direct comparisons:

I compared them to the dimarzio dualsound, seymourduncan sh1, which have more brilliance and are cleaner for mid gain/solos, but they aren't that good with hi gain. Not the same school. Compared to the shadow sh680 and they are more similar, the sound of the gfs is fuller and more compact in the treble.
I don't know how much they cost new, nor where you can buy them, which is a pity for GFS, because I would gladly get more, considering this one is awesome and they have a pretty comprehensive catalog.
For what I paid, and their hi-gain performance, they deserve the best mark!
Did you find this review helpful?yesno
Cookies help us improve performance, enhance user experience and deliver our services. By using our services, you agree to our use of cookies. Find out more.