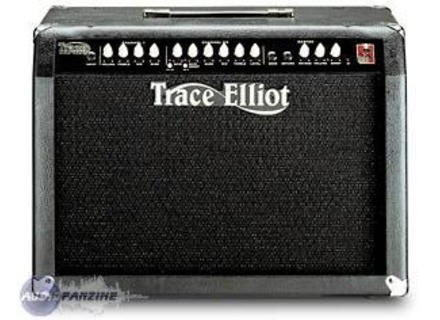 View other reviews for this product:
Lamp power & transistors, I think, depending on whether one speaks of the Tagus pramp or power amp
Complte connection (even with two speaker outputs, for connecting a second HP if you - especially if you a), except that there is no headphone output, but if you want one, do not buy a 100 W because it is the puisance displays the odometer, and it feels good, if I may ...
I used the Peavey (well, also), Marshall (well, as I think up an assoc "anti-Marshall," I speak not ...), etc ... but aa really EHJV!

Configuration as a guitar amp .... I say more? If: there are three Tage pramplification: a clear, one saturated and one that larsne ... say, if we play less than 3 meters of bte.

The clear sound of a PCHE without being aggressive, the two channels are all saturation is used, but, say, to go from rock to cool mtal mtallis well but hey, for the crunch, I am not convinced.
For rverb 'I do not know, I almost dtruite ds that I bought .... So ...?
The legalization is effective (and that's saying something), there is a clear one for the saturated and most importantly, two masters that you can choose to walk .... ca throw a damper on the urge to buy marshall ....

It's good, that sound plutt enjoyable, a saturation non-fuzzy, clear sound CLEAR (yes, I know, I'll still spit on marshall) even high power (here c is done).
Quite heavy, although it is very small.
Personally, I prfre, but this is only my opinion, Hughes & Kettner, but it's not the same price, without being a factor of two.
See the source
Did you find this review helpful?yesno