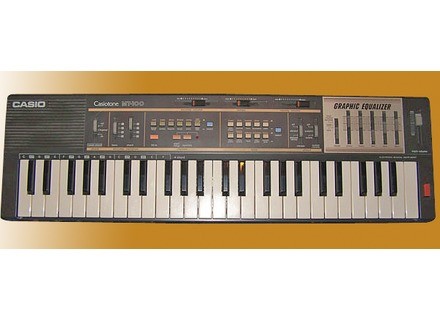 Simple setup, easy to play.
No editing sounds, basic 5-band equalizer.
No manual because I bought it used.

Vintage sounds (Casio sounds) in a keyboard, which I use mainly for practice as a portable,
but not in the studio unless you want that effect.
Keys are not velocity-sensitive.
Mostly sounds unrealistic except for the trumpet sound.

I have had it for 2 weeks and it is used for to me to compose. In rather good condition, good quality-to-price ratio. I'd say that it was a good deal.