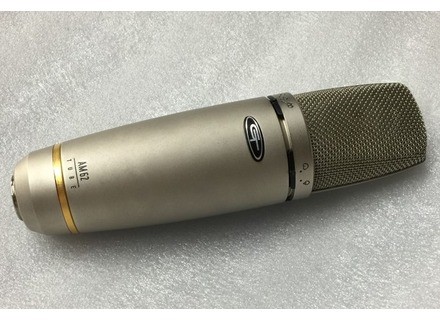 View other reviews for this product:
The Alesis AM62 is a condenser Microphone that comes in a case. I used this microphone a few times here and there back in 2010 but I am not 100 percent for sure as to when it came out. You get a shock mount and XLR cable with it, it is a large diaphragm microphone that can be used for vocals and even some instruments. I really didn’t like the instrument sound when using it with this microphone. I was more impressed with the vocals range of the microphone rather than the instrument. It has a switch able -10db pad and a low frequency roll off switch as well. All of the specs of the microphone are well rounded and very appealing but as I stated I wasn’t too happy with the instrument recording quality. I have heard much better or out similar microphones. I would keep this microphone for recording, I am not too sure how it would perform in a live setting because I never tried it.

Overall, the microphone is pretty good and I only had one complaint with the sound of instrument recording. The vocals recorded pretty good and had a nice warm sound to them. I didn’t purchase this microphone out of my pocket and I don’t think I would have because I didn’t stick out enough for me. But using it for a few recordings was ok as long as I was recording vocals. The price of this microphone is a lot different now then it was when it first came out. So for the price it cost now in 2012 its worth the buy! I have seen them go for dirt cheap online recently and there are still a lot of people getting rid of them for a very low price. But I wont be getting one because I am still in search of a affordable instrument microphone that I can have at home and this wasn’t it.