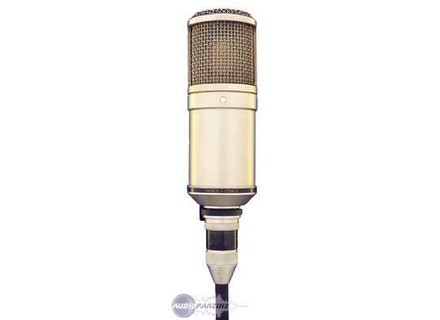 View other reviews for this product:
The Rode Classic II is probably the best microphone that Rode has to offer, or is at least the best one that I have used made by them. The mic is a valve based, large diaphragm condenser, and is meant only for use in the recording studio. The mic has nine different pick up patterns including cardioid, figure eight, and omni, all of which have settings in between as well. The mic will pick up frequencies between 20 Hz and 20 KHz.

I've only had a chance to use the Classic II a number of times for recording sessions, as this isn't a mic that I own myself. As I said before, the Rode Classic II is not only the best microphone that I've used made by Rode, but accordingly it is also the most expensive. The mic has a very sweet sound, and is one that will translate for just about any application that you want to use it for, making it a great all purpose microphone. It has an extremely full bodied tone, making it perfect for vocals as it will pick up the full frequency spectrum. I haven't used it for too many other applications, but judging from the top notch sound quality that I heard when I was recording vocals with it, it will translate well for most applications for sure. Rode generally isn't known for manufacturing top tier microphones like this, but it is certainly nice to see one from them as they've done a great job here. I've had a lot of experience with all sorts of different Rode mics, and none of them touch the Classic II, as it is simply the best of their bunch. When compared to other top end microphones made by other companies, it definitely stands up as well. While it is mostly professionals who will be interested in the Rode Classic II, this would be a great choice for an all purpose microphone in any studio.
Did you find this review helpful?yesno