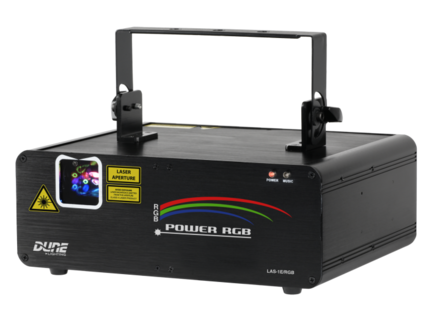 Laser Power RGB, Laser 500mW and up from Dune Lighting.

View other reviews for this product:
I use it for 1 year and a half.
This is in my opinion an excellent laser for its price range. The scanner is effective 25kps, the colors are beautiful, white is white, slightly bluish.
Ilda the mode works perfectly and auto program is very nice too.
To specify a notice was filed before this laser has been taken over by the Cloud Night brand, but it still makes the same power as before is 1W. However, there is another identical model, a little more expensive, which is actually 1.25 W.
The only downside I have to say about this laser (maybe bad luck?) The mine broke down after a year (map PSU HS Daily who sold me told me it never happened!) He took it falls on me!
However the service was super efficient, two weeks later, he was already back!
So, for this reason, I have made him an 8, but still, I buy it back the same way, if I had to do ...
See the source
Did you find this review helpful?yesno
Cookies help us improve performance, enhance user experience and deliver our services. By using our services, you agree to our use of cookies. Find out more.